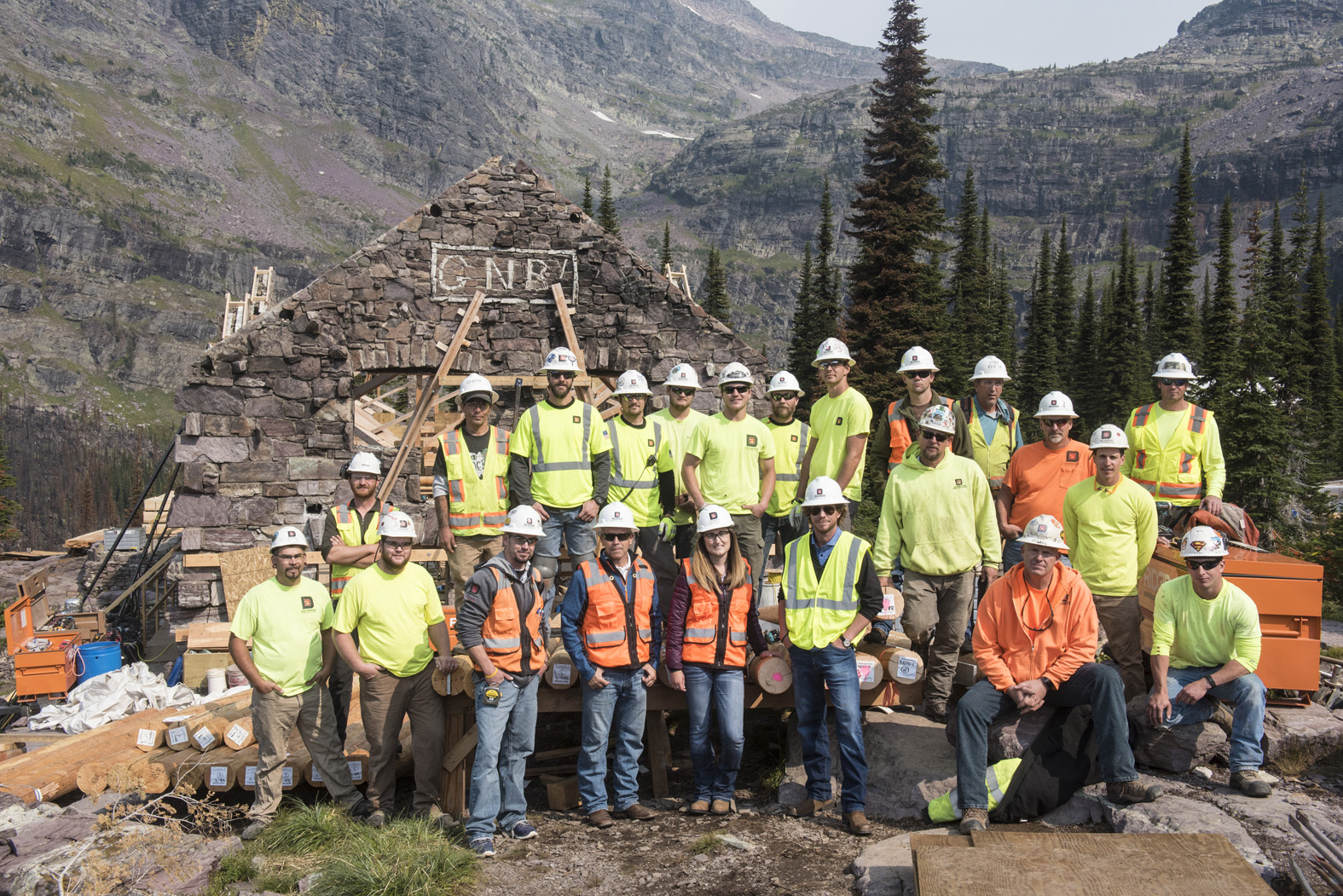 Dick Anderson Construction, Inc. is a general contractor/construction management company. DAC has been winning bids & winning over clients across the west for more than 40 years with its exceptional performance and customer-centric approach. We are a Montana based company with our main office in Helena & offices in Great Falls, Bozeman, Billings, Missoula, Sheridan - Wyoming, and Redmond - Oregon. DAC has extensive experience in the commercial, civil, industrial, residential & energy market.

Why work with us

Dick Anderson Construction, Inc. has been in the commercial construction business as a General Contractor in Montana for over forty (40) years since its incorporation on October 19, 1978. We bring decades of experience to your project. A typical project management team has judgement forged from over 75 years of construction management expertise and arrives ready to go to work. Every project is one of a kind, and has a unique set of needs, whether stated or not, requiring its own construction solution. We go to great lengths to learn and respond to the goals of project owners and their stakeholders. Our vision statement is “DAC - Always Part of the Solution”.

Mar 12, 2012 — Jun 23, 2013
The new corporate headquarters for the Pacific Steel & Recycling was designed as a remodel of an early Great Falls landmark building. The original Heisey Grocery Store was built in 1903 and an addition was added about a decade later. The building functioned for years as a grocery store and later was home to a moving and transfer company. Prior to purchase by Pacific Steel and Recycling, the building had sat empty for several years. The original foundation was a 3’ thick stone foundation which remains today. Exterior above grade material was locally fired brick up to 6 courses thick in some walls. Structural components included heavy post and beam supports with full 3” and 12” wood joists at 12” on center. The roof was a built up composite. The design focus was the use of existing materials and new steel, which was provided by Pacific Steel. The foundation and brick exterior remained as existing, with enlarged and new openings. Half of the roof was removed and the pitch reversed to provide adequate headroom on the second floor. A new 3 stop elevator was installed. The structural skeleton of the building had to be completely redone and this was accomplished with a combination of shear walls and exposed post and channel frames from the basement to the 2nd floor roof line. New windows and balconies were added to the building. Two separate steel and glass entrances were added on the north and south sides. Decorative handrails complete the two exterior entrances as well as the balconies. On the interior of the building, framing was completed providing office spaces with exposed wood joist ceilings and new antique metal panel ceilings. Many walls were paneled with fir and pine T&G boards to match what had been existing. New wood floors were installed and carpet in some areas requiring sound deadening. There were numerous areas left with exposed original brick and windows. Most of the interior trims were made to match the existing rough cut and non-dimensional trims that had been existing. Three new sets of bathrooms were added that contain pine slab counter tops and structural steel sheet toilet partitions as well as existing features such as a rebuilt coal chute. Almost every office has either an exterior window or ceiling relites to provide natural light for the occupants. The executive offices on the 2nd floor all have wood clouds and resemble old rough sawn framed roofs independent of the actual roof line. All of the stair systems are structural steel with timber treads and decorative steel handrails. 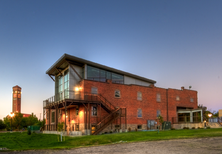 Oct 01, 2013 — Apr 01, 2014
The project consisted of complete overall to an existing 25,000 square foot metal building for the use of making a health care call center. The exterior and interior walls were completely gutted and reconstructed for the new façade and interior framing layout. A complete new MEP & fire suppression system were installed along with a highly sophisticated security system and data networking system. All finishes were top of the line from the wall & floor tile to the exterior insulated metal wall panels to the carpet to the acoustical ceiling tiles & even the shades for the windows were of the highest quality & fully automated. One interesting aspect was we started the demolition for the project before the plans had been received and bid out for the new construction. We did this in an effort to expedite the construction schedule. Given our track record with bringing GMP projects within the boundaries of the original budget made it even easier for the owners to trust us and enter into a contract even though we did not have a firm design or GMP established at that time. We were only given 6 months to build the facility. This included a complete new parking lot to be constructed and a portion of an existing building had to be removed to be open by the first part of April when most asphalt batch plants are not operating for the season. By expediting the demo portion, the parking lot gravels were brought in late fall and brought to grade so when the weather broke in the spring all paving could be done. In addition, we were able to complete all site concrete paving during sporadic warmer weeks throughout the winter and saved money by not having expensive costs on temporary heat & cover. One week in January we had 65 degree weather for a few weeks, and then it dropped down to negative 15, but we still managed to pull through and get all the site work done by 4/15/14. Overall the project was a huge success. There were no change orders issued by DAC. All change orders were owner directed with changes in design. Some changes occured after installation was complete, so there was a lot of re-work to be done and we still got all the interior done by our original schedule of 4/8/14.

Nov 01, 2014 — Sep 01, 2015
The interior of the 2-story, 30,766 square foot office space is wood framed, finished with gypsum board, paint, cultured stone, decorative pipe columns, alder trim, casework and glass panel half walls at the open staircase and stair wells throughout the interior. Meanwhile metal siding, cultured stone, store front windows, storefront doors and a standing seam metal roof system makes up the exterior facade. The main entry boasts a ceiling 30’ tall with full height storefront windows for the exterior walls. All the finished flooring in the office areas is carpet tiles. The lobby areas have ceramic tile flooring. The Loenbro office building was a design build project. During design the Owners, Architect, Structural Engineers and Dick Anderson Construction worked as a team to make sure the building met the needs of Loenbro Enterprises, and was within the project budget. The building was designed and constructed with expansion in mind. The forth sight by the Owner, Designers, and Constructors will make expanding this building cost effective in the future. The building currently houses 90 employees with room for 160.

Jun 01, 2014 — May 01, 2015
The I-State Truck Center is a 16,610 square foot pre-engineered structure with a pre-engineered mezzanine component. It also includes a parts storage and office area. The building was designed to provide maintenance or repair for 11 individual tractors and has a separate wash bay. It also houses a Clearspan 5 ton overhead crane system. The building was constructed with an expandable endwall to allow for future growth. The shop and storage areas are heated with a radiant system while the office area utilized a forced air system. All lighting is high efficiency and the building envelope meets or exceeds the current energy code.

Mar 01, 2004 — Sep 30, 2005
The Great Falls Clinic completed in 2005 is a two-story 108,000 square foot medical clinic that houses a new Cancer Center, Radiology and Heart Center, Surgical Specialities, Orthopedics and a Vision Center. This building involved an expansive sunlit public atrium featuring a two-story, 350-foot long glass curtain wall facing onto an elaborately landscaped entry garden. Exposed wood timber construction and architectural lighting further accent the waiting areas located in the atrium. The project site has 14 acres of new site development which includes abundant landscaping, architectural lighting, and decorative pedestrian pathways with the primary public and staff entry sidewalks installed with a radiant snow-melting system. The exterior has a combination of masonry, EIFS, aluminum storefront windows and a glass curtain wall. The interior of the clinic features living-room style waiting areas with warm, comforting finishes. One of the most challenging parts of the project includes the two concrete Linac Vaults and the HDR Vault. The walls are 17’ tall with the thicknesses varying from 3’6” to 4’6”. The concrete roof varies from 3’ to 7’ thick, requiring 1,400 yards of concrete. This project received numerous 2006 MCA Building Awards including “Best Commercial Project, Excellence in Craftsmanship, Best Decorative Concrete, and 2006 Builder of the Year.”

Jul 01, 2017 — Jun 30, 2018
The Belt Public Schools K-5 remodel and addition was a complete interior demolition and rebuild of an existing elementary structure totaling 7,664 sq ft and a new main entrance totaling 354 sq ft. The remodel included two smaller classrooms for resource and special ed, two larger classrooms for pre-kindergarten and kindergarten, a set of girls and boys locker rooms, and two sets of men’s and women’s restrooms. The existing elementary building was originally built in 1949. While the original building was in relatively good structural shape, it still required seismic upgrades. An additional roof system was built and spanned across two thirds of the existing roof top. Throughout the existing basement, additional foundations were added to help support the new roof from within the building. The new addition totals 15,833 sq ft and includes a multipurpose room, weight room, stage, and six classrooms. The main focus of this project was to enlarge the classrooms for the students, which were enlarged by over twice their original size, and the hallways were widened for student traffic. Other upgrades included restrooms and plumbing, improved ADA accessibility, and electrical and computer connections to meet current instructional needs. Security measures were upgraded by adding a security camera buzz-in system at the main entrance of school, rehaul of the alarm system, and a new wireless door system that limits access to the community. A new weight room, fitness room, stage, multipurpose room, and locker rooms were added for extracurricular and community activities.

May 01, 2016 — Nov 30, 2017
The budget on this project was very tight. Scope versus budget had to be reconciled to get the GMP into line with the amount of funding available. DAC worked with CWG Architects through preconstruction to balance the two. This project was a 3 phased construction project that included a lot of coordination around an active school. Phase 1 included the new construction of the classroom wing containing 21,400 sqft, and included all classrooms K-12, library, mechanical and electrical rooms, and new restrooms. Work on phase 1 commenced in late May and had to be completed by Christmas break so the students could move into their new classrooms during the break and allow demolition of the existing High School and Junior High. Phase 2 consisted of demoing the existing High School and Junior High and constructing the new administration wing to tie the existing gym and shop back into the new classroom wing from phase 1. The new administration wing was 18,300 sqft of new construction and included administration, a new gym, kitchen and cafeteria, locker rooms and a commons area. After phase 2 was completed the existing elementary school was demolished as part of phase 3.

NOTE: We never use your client contact details for any purpose except to verify your relationship with them.